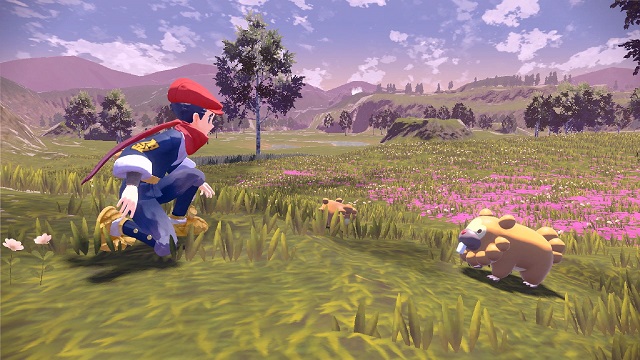 The arrival of the newest Pokemon game was on Jan 28 this year for Nintendo Switch! The new Pokémon Legends Arceus has everyone excited and here are the most relevant features:

Now you don’t have to battle Pokémon to catch them
New evolutions
Now Pokémons can kill you!
Players will explore and interact on deeper levels. They will be able to travel across wild regions
The game blends the classic role-playing elements with a new exciting survival and exploration mode.

Even if the battle system is basically the same as always, Pokémon Legends: Arceus feels like a whole different kind of game thanks to the new game dynamics focused on Pokémon research and survival in the wildlands.

Where Does Pokémon Legends Arceus Take Place?
This new game is a prequel hundreds of years before Pokémon Diamond and Pearl, both classic games from 2006. The game takes place in the same region as Diamond and Pearl, Sinnoh, but before the existence of Pokémon Trainers and Pokémon Leagues, when the region was called Hisui.

It is very interesting to watch this region as it was being discovered, conquered, and colonized by humans. If you played Pokémon Diamond or Pearl versions, you might find some familiar places when you open the map in Pokémon Legends: Arceus, and if you’re new to it, you can play the remakes (Brilliant Diamond or Shining Pearl) to discover it for the first time as an evolved civilization.